Lint provides valuable feedback on programming style and common programmer mistakes. Our Linticator plug-in for Eclipse CDT runs Lint (PC-lint Plus, Flexe/PC-Lint) and annotates your source code with Lint messages. For some messages, we provide quickfixes that let you quickly correct a warning. 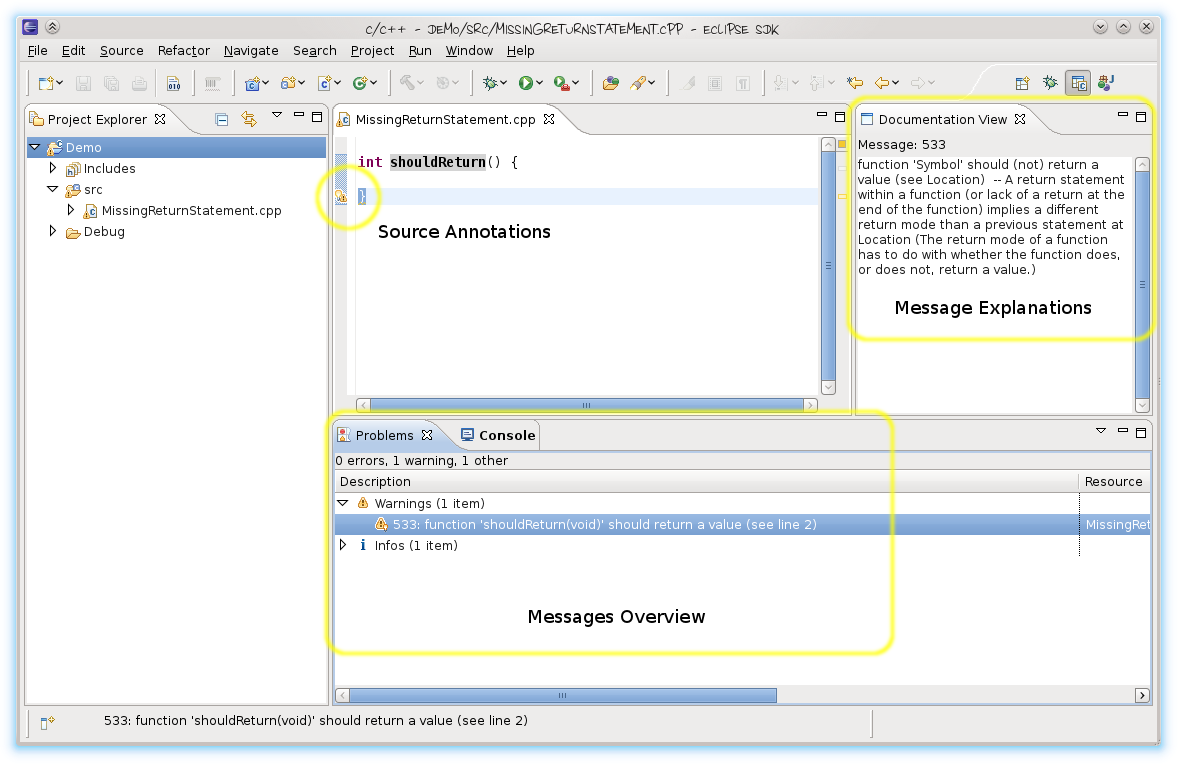 Linticator reports problems directly in your source code view, allowing you to get rid of them quickly.

Linticator’s outstanding quick-fixes resolve potential bugs with a single mouse-click. Found a false positive? Simply mute it with one of our quick-fixes.

Not sure what a lint message means? Linticator automatically shows you the official documentation for all Lint messages.

Linticator runs on Linux, Mac OS X, Solaris, and Windows. Linticator runs on Eclipse 3.8 (Eclipse 2012 Release “Juno”) and later releases (we tested up to Eclipse Oxygen). Linticator is compatible with commercial Eclipse-based IDEs like Freescale’s CodeWarrior and can run FlexeLint, PC-lint and PC-lint Plus.

More information on Linticator can be found in the User Guide or you can take a look at some screenshots in a short tour on Linticators Features and the Installation Instructions.