With Linticator, you get immediate feedback on your code so you can promptly fix any problems. Don’t let bugs infest your code!

Linticator enriches the Problems View that shows warnings and errors from the compiler with Lint messages, making them easy to spot.

From this view, you can quickly jump to the corresponding source code location and display explanations on this specific message.

Linticator contains a view that automatically shows you an explanation message for the currently selected entry in the Problems View:

Quickfixes are actions that can be performed on a Linticator source code annotation to resolve the problem. Possible solutions range from simply ignoring a problem – perhaps it was a false positive – to automatically fix your code. In the following screenshot, we see the lint message 1093 and two possible resolutions for this problem: 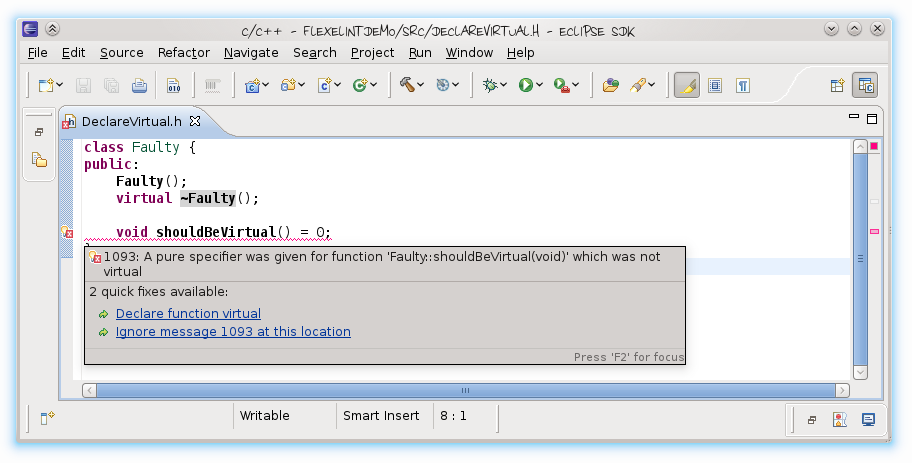